Whether today counts as my seventh time falling, I am prepared for it not being the last. These words help me see that there is more to this life beyond this fall and that I must keep walking.

Posted by Andrea Jensen at 12:39 PM No comments:

Rebecca Solnit writes; "Disasters often unfold a little like revolutions. They create a tremendous rupture with the past. Today has nothing much in common with yesterday -- in how the system works or doesn’t, in what people have in common, in how they see their priorities and possibilities."

My most recent work makes a connection between recent disasters and the impermanence of all things. Source material for the work comes from images of destruction after the so-called "Super Storms" that have hit hard across the world. There is something about these destructed man-made creations that become almost human. That they too, are impermanent and destructible. That they can be lost and ruined, dying and gone forever.

My work has always been about the tension between the natural world and man kinds struggle over impermanence. This tension creates revolutions. I believe that is terrifying for most of us because it shows us how little control we truly have. We are human, destructible, impermanent beings and the world is much the same. We all will wake up one day and realize that today has nothing in common with yesterday. Within that time lapse something had been destroyed or created, lost or forgotten.

The only thing we have is what we can control, because there will also be someone or something starting a revolution.

Posted by Andrea Jensen at 11:26 AM No comments:

This morning I woke up to see the apricot tree in our backyard nearly barren, the ground covered by our first snow of the season. Emptiness reveals everything around us; emptiness to fullness. Our yard is no longer private, winter has become an unwelcome visitor.

This year, we experienced a exuberant, glowing fall. The leaves bursted with colors, the sky a crisp blue, breathing nostalgic air of cider and pumpkin seeds. It was the last glow before the fall. It was like Winnie, shining before she passed. As the world explodes with color, it also prepares for death.

Seasons are much like life and death. We all look forward to the rebirth of Spring after the death of winter. Seasons also mark the passing of time; the time since I found out I was pregnant with Winona, her first kick in the Spring, her birth in the summer. And now, every season marks months that have passed without her. Five days after her birth, brought an early winter.

But like seasons, after the death of winter, there is birth. I look forward to whatever the next season will bring and what the passing of time will reveal. And the glow of next years fall.


Posted by Andrea Jensen at 5:24 PM No comments:

Three years ago I was introduced into the life of motherhood. This blog follows the celebrations, struggles, successes, and failures of my life as an artist and mother. 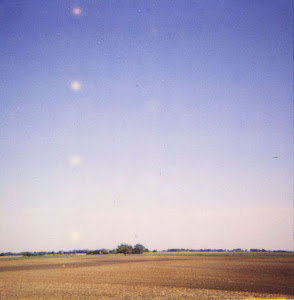